Well, today's project didn't turn out exactly as I had planned.  I'm a visual person.  So I don't alway get the end result I want, until I see what I have done wrong.  The baseball cap from Fun and Games by SVG Cuts, was going to be fashioned after the WSU Shocker mens baseball caps.  Gold on the front and black on the back and bill.  For some reason, I could only see (in my mind) that two front panels needed to be gold.  Nope, needed to be three. Oops.  I went ahead and cut a third gold panel and glued it on over the back.  I can't give this one away.  I'll have to keep it as a reminder that I need to cut three different panels.  It doesn't look terrible.  But it's not right.  I didn't measure the area for the logo very well either.  This one is a little too big!  So, today's crafting was a learning experience! 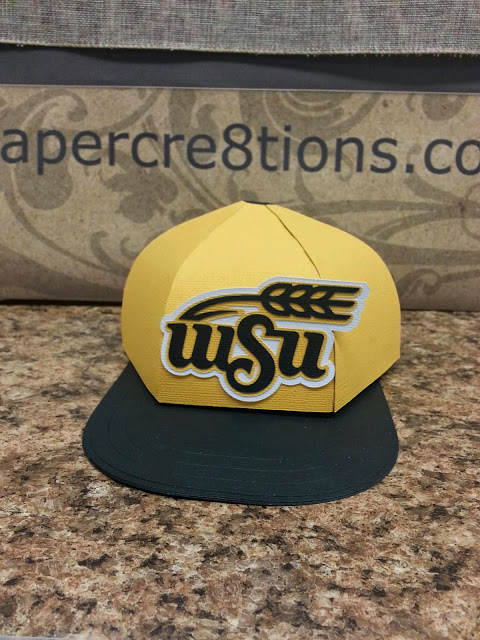 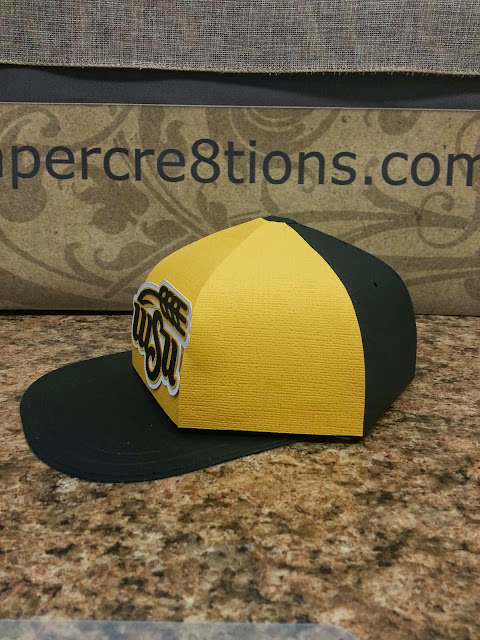 I used AC Cardstock for this entire project.  I also did an internet search for the team logo and did a trace into ecal2.  I did some tracing in the original ecal, but I like what ecal2 does, so much better.  I don't usually have to do much to the image to make it cutable!
Thanks for stopping by and be sure to stop in again soon!

Have You Been Missing Out?

Below are the fun giveaways that have be going out the last few weeks.  Only 2 more Wednesdays until Christmas!  That means only 2 more give... 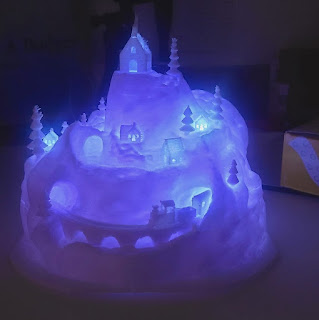